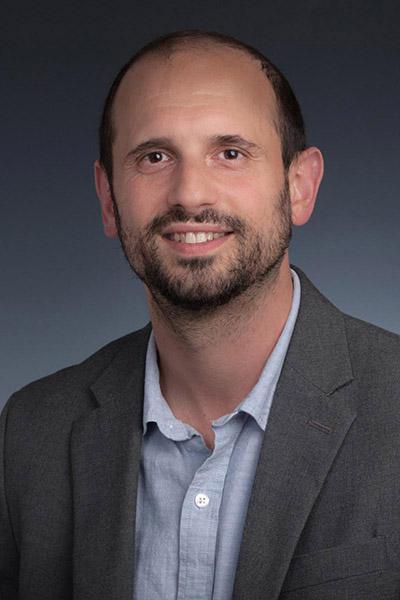 A new study may have solved the mystery behind why mesenchymal stem cells (MSCs) continued to suppress inflammation in the body long after the MSCs are cleared from the system. The findings of Duke researchers, including Anthony Filiano, PhD, assistant professor in the Department of Neurosurgery, could help overcome a critical barrier to MSCs being considered a reliable option when developing treatments for inflammatory diseases ranging from allergies and arthritis, cancer, to COVID-19 and more.

MSCs are stem cells that can be isolated from bone marrow, adipose and other tissue sources. Their ability to differentiate into a variety of cell types, along with their capability to self-renew, repair and heal, make them attractive candidates for therapeutic use.

But there’s a drawback, researchers say.

“While MSCs are widely used in clinical trials due to their ability to modulate inflammation, their success over the past 25 years has been varied – something that is likely a result of us not being able to totally understand how they work,” said Filiano. He and Duke's Hyunjung Min, PhD, were co-leaders of the  study, which was published October 2020 in  the journal Stem Cells.

The ability for MSCs to suppress T cells is well documented in the lab, but little is known how they function in the body. “What we do know,”  Filiano continued, “is that after MSCs are injected into the body, they travel to the lungs and other tissues and then are rapidly cleared. Despite this, MSCs suppress the inflammatory response long-term. If the reason behind why and how this is happening can be determined, the information could be very helpful in developing new treatments for a variety of inflammatory diseases.”

In search of an answer, the Duke team injected human cord tissue-derived MSCs (hCT-MSCs) into mice with induced lung inflammation. Twenty-four hours later when the mouse lungs were analyzed, “We found that pieces of the MSCs had been engulfed by monocytes and macrophages (types of disease-fighting cells), in effect clearing them from the animals’ system,” Min reported. “We also noted long-term transcription changes in the cells that ate pieces of MSCs suppressed the activation of T cells.” (Transcription is the process by which the information in a strand of DNA is copied into a new molecule of messenger RNA.)

Next, using a combination of computational and pharmacological approaches, the researchers identified potential receptors on monocytes and macrophages that mediated their interactions with the hCT-MSCs and blocked interaction with a pharmacological inhibitor. They also identified a key cytoplasmic organelle in hCT-MSCs necessary to reprogram the monocytes and macrophages.

“Our results shed light on how MSCs can modulate the inflammatory response without long-term engraftment using a previously undescribed form of cell communication,” said Filiano, “and explain how MSCs have extended beneficial effects on the body despite being cleared just hours after administration.”