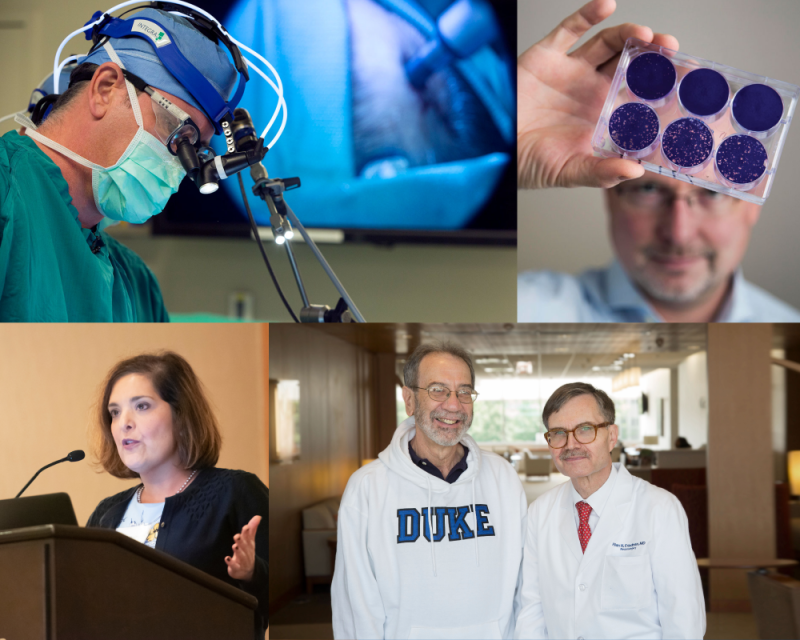 This year marks the 85th anniversary of the Preston Robert Tisch Brain Tumor Center at Duke, an institution at the forefront of advancing brain tumor treatment and science worldwide.

The Preston Robert Tisch Brain Tumor Center traces its beginnings to 1937, when Barnes Woodhall, MD, came to Duke as its first chief of neurosurgery (and the only neurosurgeon in North Carolina). He established at Duke one of the first brain tumor programs in the nation. In the 1950s, Woodhall became one of the first physicians to use chemotherapy and pioneered the use of animal models to test chemotherapy for the treatment of brain tumors.

As the advances have come from every angle, patients have come from all over to Duke’s world-famous brain tumor team. And it truly had become a team, offering the most advanced treatments plus extensive support services. Today, specialists of all stripes work closely together to formulate the best treatment plan, increase the effectiveness of treatment, give the patient a better experience, and improve outcomes.