Duke Neurosurgery Ranks at the Top for NIH Funding 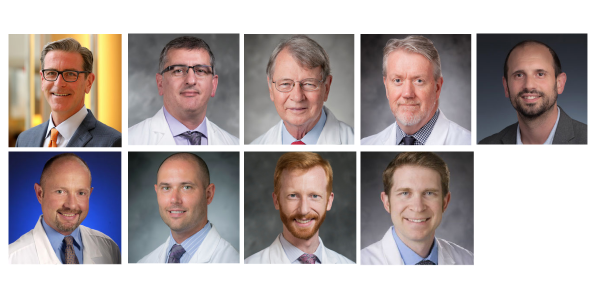 Duke Neurosurgery has been ranked fifth among the nation's neurosurgery departments, based on National Institutes of Health (NIH) research grant funding, with a total of $9,804,806 for 2021.

John Sampson, MD, PhD, was once again a top-funded researcher, ranking #2 in the country. Notably, eight other Duke Neurosurgery investigators were ranked among the most highly funded: (from top left):

Funding by the NIH funding is considered a strong indicator of the quality of an institution’s research. NIH is the steward of medical and behavioral research for the nation. Its mission is science in pursuit of fundamental knowledge about the nature and behavior of living systems and the application of that knowledge to extend healthy life and reduce the burdens of illness and disability.