A Brain to Spine Interface for Transferring Artificial Sensory Information 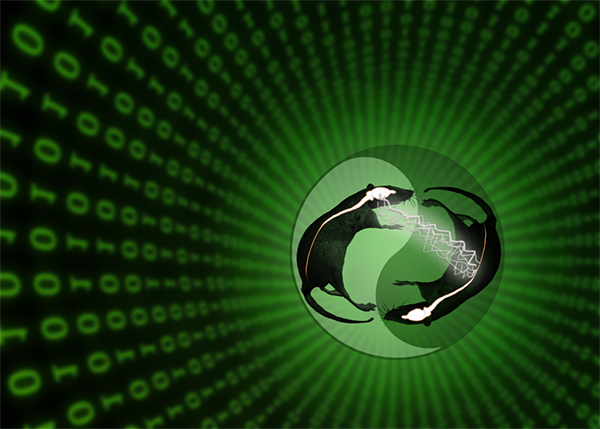 Researchers at Duke University have linked the brains and spinal cords of two rats for the first time, allowing them to transmit sensory signals between each other.

The results of the study, A Brain to Spine Interface for Transferring Artificial Sensory Information, were published in Scientific Reports.

Electrical stimulation of the spinal cord has been used for treating chronic pain for the last few decades. It involves implantation of a stimulation device on the spinal surface, connected to an implantable battery – a routine outpatient procedure that is performed in pain clinics.

This is the first time that stimulation at the spinal cord was used to generate sensations in animals, which opens up many possibilities for future research on sensory neuroprosthetics. The authors of the study report that they envision that stimulation of the spinal cord could be used as an alternative to the highly invasive procedure of cortical stimulation, which has been proposed as a way to encode sensory information in the brain.

"The rats were able to share their sensory experiences using a functional neural link."

Amol Yadav, PhD, a Duke Neursurgery post-doc and lead author of the study, desccribed the research: “We were able to create artificial sensations using electrical stimulation of the spinal cord in the first rat (encoders), record neuronal signals related to those sensations from the brain of those rats, and subsequently send those sensations to the second rat (decoders). The behavior of the decoders after receiving this novel information resulted in the first rat getting a feedback signal which influenced its brain activity. Thus we were able to create a unique interdependent system. Put another way, the rats were able to share their sensory experiences using a functional neural link."

These results add a novel perspective to the field of brain-machine interfaces, highlighting the tremendous capacity of the spinal cord as a unique sensory channel to the brain for transmission of artificial sensory information.