A Duke Student's Story of Survival after Brain Aneurysm 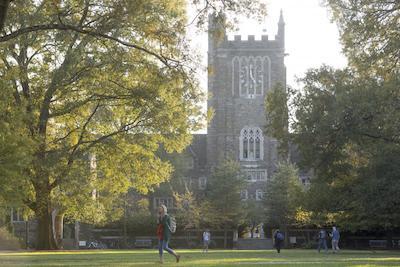 In February 2018, at the age of 19, Duke University student Justin Gelman got the flu for the first time in his life. In addition to the body aches and fever, he developed a terrible headache – a typical flu symptom.

“But this headache just wouldn’t quit,” said Justin. He called his parents in New Jersey. Together they agreed that Justin would go to the hospital and should call them when he arrived. An hour passed. He hadn't called and wasn’t answering his cell phone. Thanks to the Find My iPhone app, Robert and Lori discovered that their son never made it to the hospital and was still in his Duke University apartment.  They called the Duke University Police, who found him on his couch, semi-conscious and weak, and called for an ambulance to transport him. Justin’s parents immediately were on their way to Durham, scared and unsure of what to expect.

To save a life

Duke physicians began a battery of tests. Justin was told by the doctors that he had a subarachnoid brain hemorrhage due to a ruptured brain aneurysm. Being a neuroscience major and having shadowed a neurosurgeon previously, Justin knew what this meant. His parents’ hearts sank.

A resident from the Neurosurgery Department reassured Justin and let him know that endovascular neurosurgeon Ali Zomorodi, MD, would be caring for him. Justin was moved to the Neurosurgery ICU, which became his home for 23 days. His parents went to the Duke University bookstore and cladded his room with Duke blankets and memorabilia so he would feel at home.

Dr. Zomorodi explained to Justin's parents that Justin's case was very complicated, as the aneurysm was borderline giant, bilobed, and surrounded the entire vessel. It was decided that the best approach was intracranial surgery to clip the aneurysm. On Valentine’s Day, Justin underwent surgery.

A long way to go

The surgery had been a success, but there was still an uphill battle. Dr. Zomorodi talked to Justin and his family about possible complications, including vasospasms – constriction of the arteries due to the irritation by blood in the brain, which can cause a stroke.  He also explained that part of the aneurysm could not be repaired, and they would have to monitor it closely, as the remaining aneurysm could continue to grow and rupture.

After two weeks in intensive care, Justin suffered a setback. His remaining aneurysm was growing between the two clips.  He went back to surgery, but this time it was endovascular. Through a small incision in his groin, a catheter was snaked to his brain and a stent was successfully placed in his vessel, preventing the need for another open surgery. Justin’s remaining aneurysm was resolved.

“I was so happy when Dr. Zomorodi told me I could leave the hospital,” said Justin. He flew to his home in Livingston, New Jersey, to complete his recovery.  Four months later, he was back at Duke University, continuing his studies.

Despite such a long and difficult journey, Justin says he has warm memories of his time in the ICU. “There were so many wonderful people who helped me along my journey.  They brought me incredible strength and optimism,” he said.  He loved the daily banter with the medical staff, his caregivers, and his favorite housekeeping staff member.

A memory that stands out was a gift from nurse anesthetist Janet Hall, who had talked to Justin about neuroscience as she wheeled him to his initial surgery.  As he was preparing to leave the hospital, Janet visited Justin one final time and gave him a book of drawings called The Beautiful Brain.  She wrote a note inside the cover and said, “Have all your friends in the ICU sign this book and keep it as a memory of what you have achieved and endured.”

Justin says he is extremely grateful for Dr. Zomorodi’s skill, warmth, and kindness, and for all his friends, family, nurses, and doctors who supported him and prayed for him along the way. “I wouldn’t have been able to do it alone, and fortunately I wasn’t,” he said.

“I truly understand my outcome could have been
very different if I wasn’t at Duke."  --Justin Gelman

Justin says he knows how blessed he is and intends to use his journey to encourage and support those fighting similar battles. He hopes one day to become a compassionate doctor who always remembers what it is like to be a patient.

Though it was a harrowing experience, Robert and Lori and Justin's siblings Jordan and Aliza say they are thankful it happened at Duke. “I could have been anywhere, but I was fortunate enough to be at the best place in the world for my condition,” said Justin. “I learned that healing is truly a team effort. Everyone involved makes a difference. I am truly grateful that I was so close to the best doctors, caregivers and facility.

“I truly understand my outcome could have been very different if I wasn’t at Duke. We asked, ‘How can we help others?’”  In conjunction with Dr. Zomorodi and Duke Neurosurgery, the Duke Brain Aneurysm Fund was born, to provide support to as many practitioners, caregivers and survivors outside of Duke as possible; to help ensure everyone, anywhere can experience the type of care that Justin did. 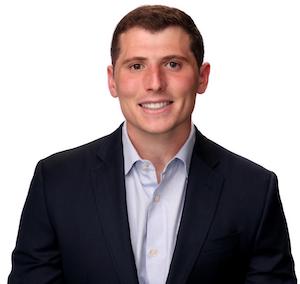